Based on the Act on Prevention of Transfer of Criminal Proceeds and related governmental and ministerial ordinances (hereinafter referred to as “laws and ordinances”), our company requires those who are or have been foreign politically exposed persons (PEPs) and their families (*2) to make a declaration to that effect when applying to open a Sendy account.
To our customers to whom this applies (those who fall within the dotted lines in the diagram below), we ask that you contact us, and we apologize for the inconvenience. Contact us here 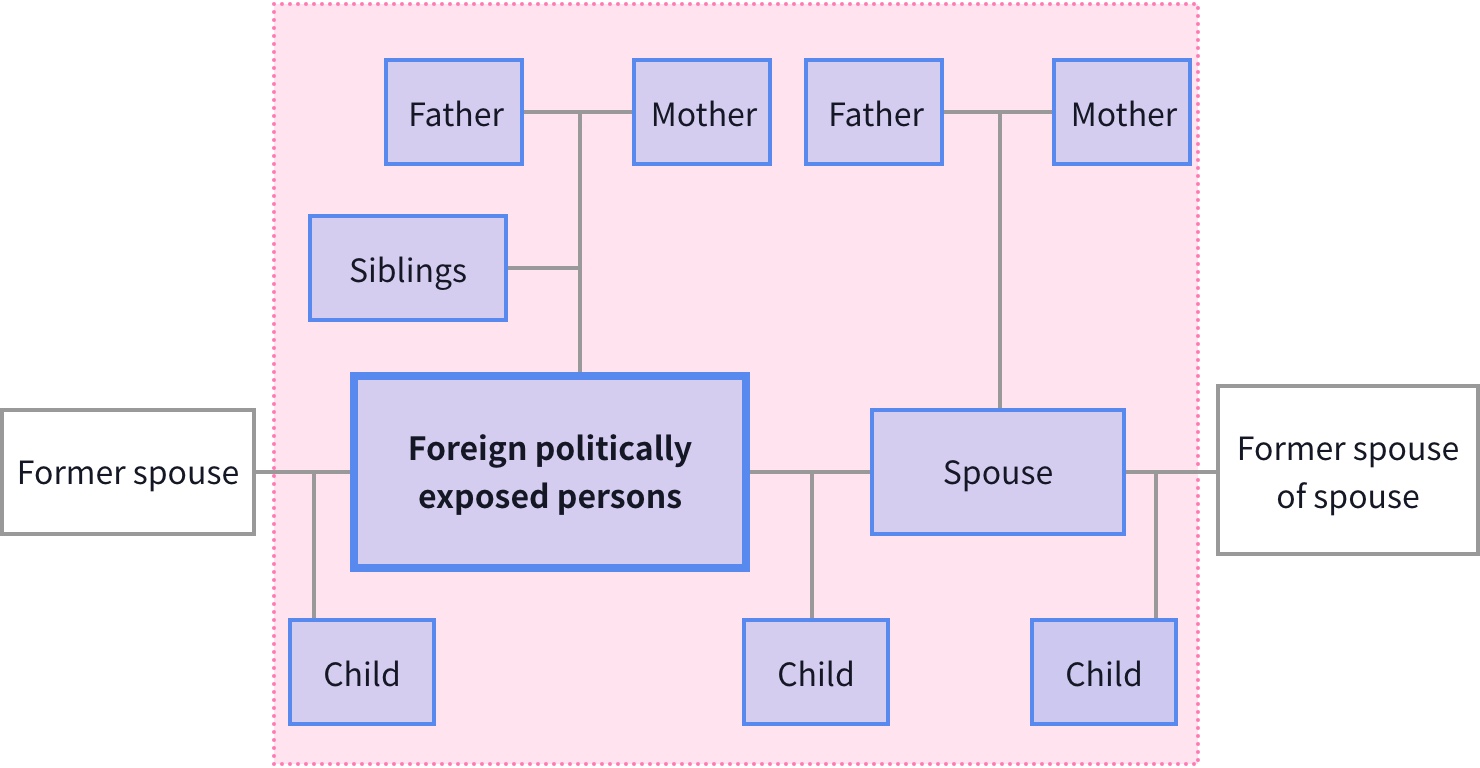 “Foreign politically exposed persons” refers to “persons who occupy or have occupied an important position as a foreign head of state, or in a foreign government, central bank, or other similar organization” as determined by laws and ordinances. Specifically, it refers to persons who are or have been in a position equivalent to one of the following in a foreign country: